Due to pending weather, performance times for “The Hello Girls”  will be revised as follows for this weekend: 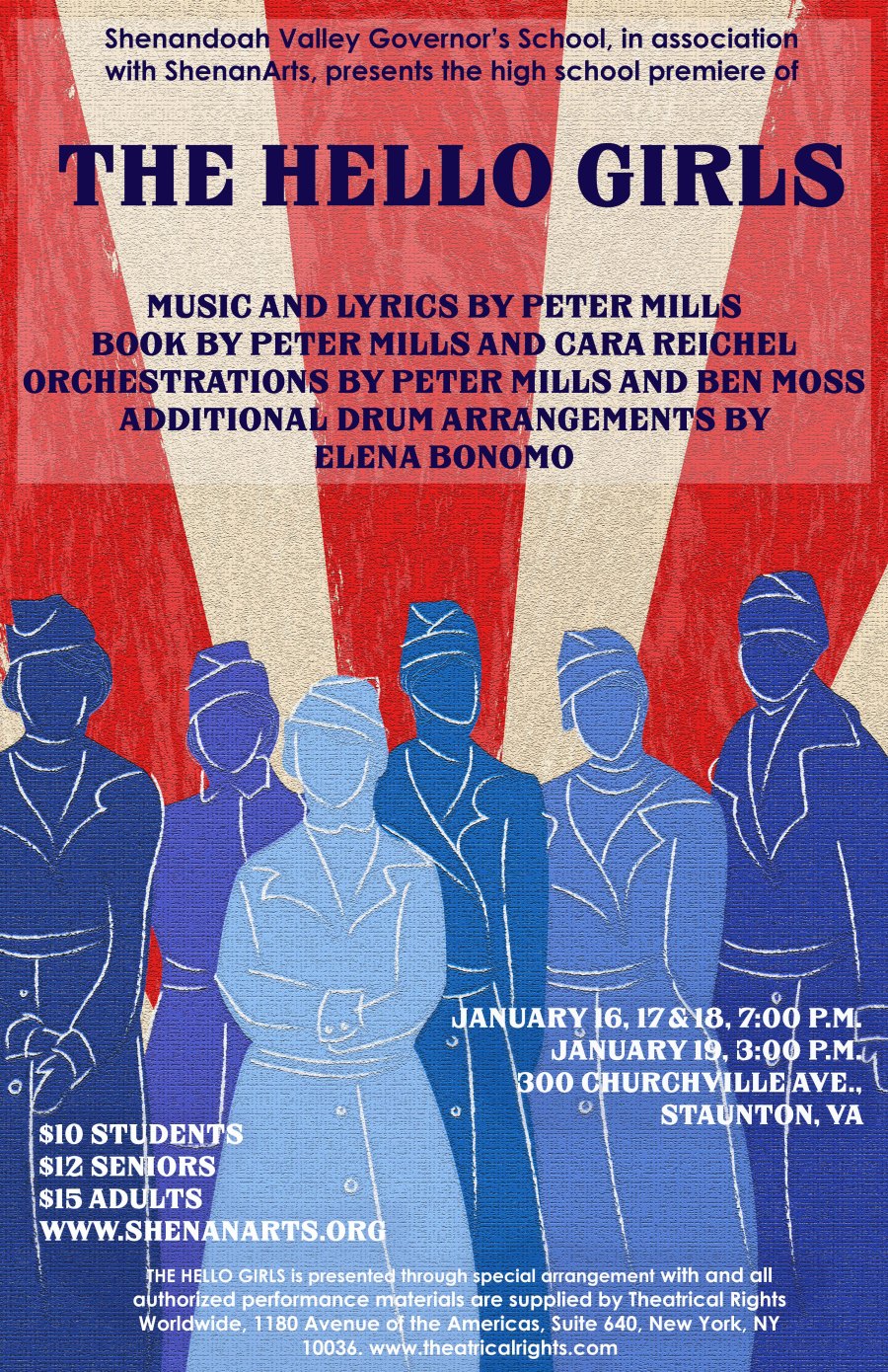 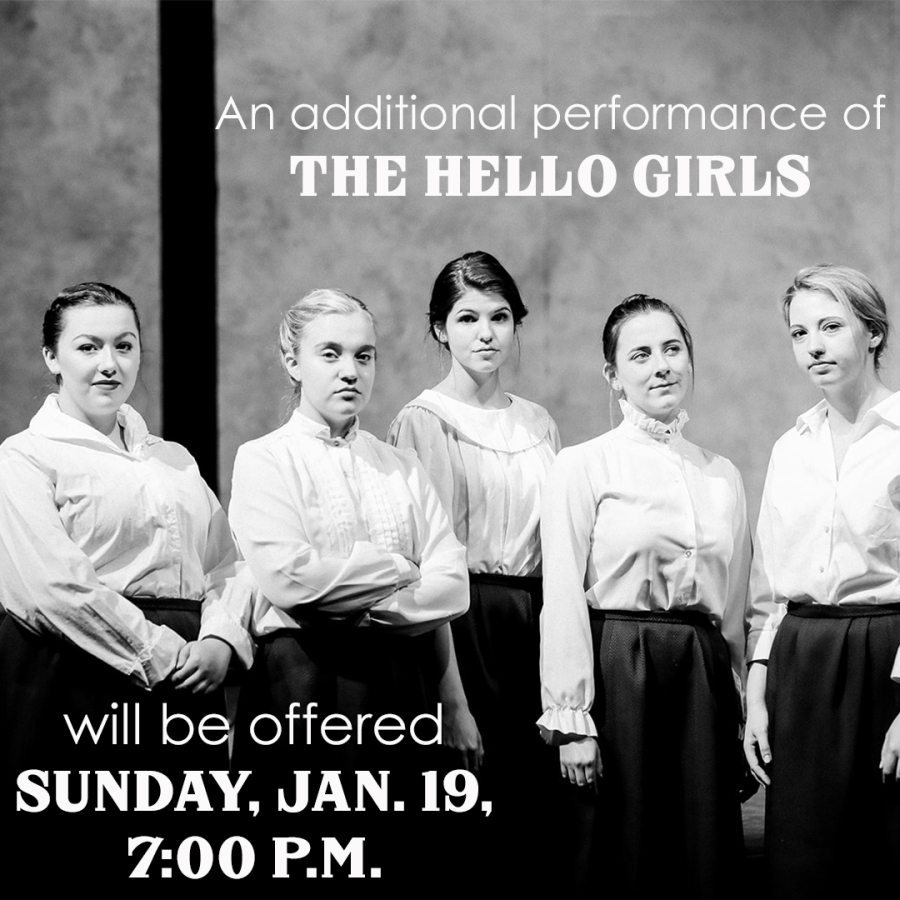 Following other shows such as Decision Height, The Good Fight, and Silent Sky, the Shenandoah Valley Governor’s School is proud to once again present a powerful story of unsung women heroes with the school edition premiere of The Hello Girls. This show follows the journey of a group of bilingual switchboard operators who make history by volunteering for service in World War I.  Click here to see the history behind the musical.

In 1917, New York native Grace Banker has already broken from society’s and her family’s expectations by choosing to pursue a career as a telephone operator. But every day as she listens to news from war-ravaged France, she wishes she could contribute more. When the United States joins the fighting, it becomes apparent that the generals urgently need fluent and efficient communications to coordinate efforts between nations and across the trenches. When Grace’s best friend tells her that the U.S. Army is recruiting French-speaking telephone operators to serve overseas, Grace realizes that destiny is calling her away from the comforts of home to face the front lines. She and 32 other women volunteers are chosen, after a grueling selection process, to become the First Unit of the U.S. Signal Corps and America’s first female soldiers.

The book for The Hello Girls is by Peter Mills and Cara Reichel, with music and lyrics also by Peter Mills. Musical numbers include “We Aren’t in the Army,” “Je M’en Fiche,” and “The Front,” as well as the title song.

This marks the first production of The Hello Girls since its recent off-Broadway debut. SVGS is working closely with the publisher to create and premiere the expanded-cast school edition.

The production is under the musical direction of Christine Nielsen and is choreographed by Lindsey Walters (SVGS class of 2005). Cori McDaniel (SVGS class of 2010) serves as lighting designer, with set design by Tony Matteson (SVGS class of 2014) and graphic design by current art and theatre student Hannah Diment. Dawn Davis, Kate Delaney, Susan Polly, Susan Vass, and Aura Walker undertake the task of costuming all the performers, including custom-making the Signal Corps uniforms from a vintage pattern.

The Hello Girls was commissioned and performed by the Prospect Theatre Company (NYC) in 2018 to mark the centennial of these first women soldiers, and it was nominated for multiple Drama Desk and Outer Critics Circle awards, including Outstanding New Musical. The Hello Girls is presented through special arrangement with and all authorized performance materials are supplied by Theatrical Rights Worldwide (www.theatricalrights.com). 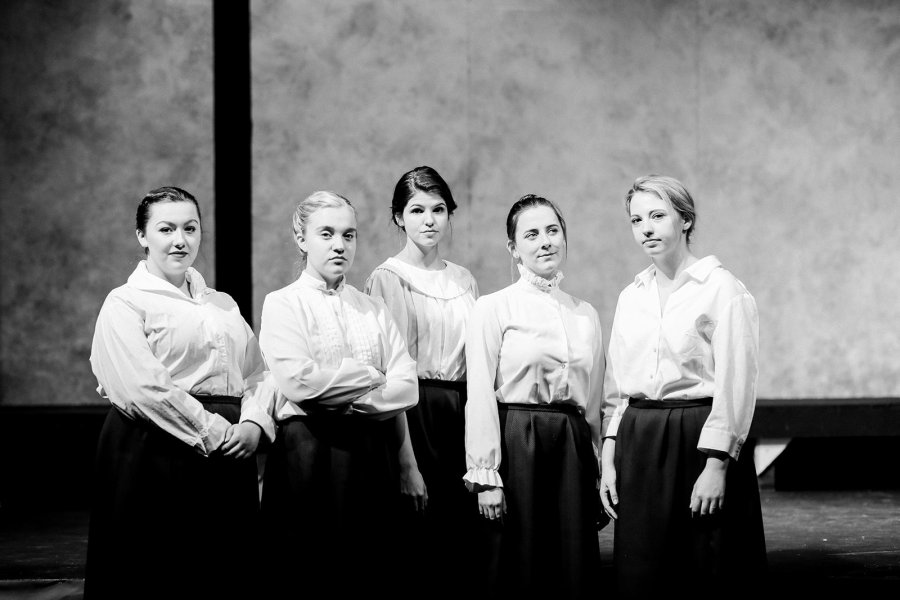